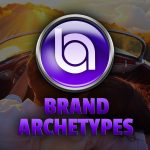 Amy comes back this week after a week off to work on the Marketing Summit.

Shameless plug: Zeedia Media is hosting a Marketing Summit on May 6, 2022, in Lansing, Michigan. Amy is the key note speaker, talking about Brand Archetypes (of course) and there will be 16 other speakers – all big bosses in the marketing game taking about different marketing topics like, How to make a logo that doesn’t suck, starting your own podcast, get better at public speaking, how to use Canva, and lots more. Big prizes. Great info. Get your ticket today!

Ok, back to the episode:

Dictionary Definitions of Archetype vs. Stereotype

Let’s start out with dictionary definitions of each and then chat about why this is important.

The Correct Pronunciation of Archetype

The word is pronounced ARCetype, not ARCHetype.  It starts with Arc, like a curve … not Arch, like a bridge.

The idea can either be a noun, as in, “Kevin embodies the Jester archetype.” OR, it can be an adjective:  “The archetypal approach was powerful.”  or, equally correct, “The archetypical idea was easy to understand.”

Let’s do a comparison so people stop confusing these terms. There’s this idea that’s inside each of us that represents the ultimate in personal freedom, and independence.  This idea had a lot of bad-boy street cred and is tolerant, to a point, of rule-breaking and questioning the status quo.  What’s the word that describes this idea?

Well, duhhhhh, it’s “The Outlaw” … or rebel, or maverick, or bandit.

So, we’re saying the word “archetype” represents a really big, universally understood idea that’s inside each of us.  And, that big idea is super important to us.

Ok, so what’s a stereotype?

What are some stereotypes of an Outlaw? Kevin things they wear black.  They’re usually male. In the U.S., they’re usually from the west.  They usually have cool names like Ringo, Bart, Butch … or they’ll have a nickname, like “Calamity Kevin.”

Those are great examples and what that demonstrates is a stereotype is an idea where a bunch of people think the same thing about another person, a place, or thing.

So, in a nutshell: An archetype is a BIG, universally understood idea that we can infuse in our marketing.  A stereotype is a common way for a group of people to view something.

Important note:  Stereotypes are not always universal (in fact, they rarely are), are not necessarily powerful ideas (e.g. a stereotypical Valentine’s Day card is either pink or red.) and are usually more descriptive than they are powerful fundamental concepts.

Is this too complicated?

A lot of listeners might be thinking, if we have to go out of our way to give an explanation of a single word, then the idea is probably wayyyy too complex and difficult to use in branding.  I mean, who wants to use a tool that makes things MORE difficult than they need to be? Right? Am I right?

Actually, the exact opposite is true.  Just because there’s a lot of confusion on what the word archetype means, the practicality of it in the real world is that — IT MAKES EVERYTHING SUUUUUUPER EASY TO UNDERSTAND AND EASY TO IMPLEMENT.

Pro-Tip:  Although you might be drawn to it in individual campaigns, be super careful when you use stereotypes in your marketing.  They are NOT an idea that you can willy-nilly swap out with an archetype.

For example, Let’s say you have a marketing campaign that uses a nerdy character.  You could have him wearing a plaid, short-sleeved shirt with a pocket protector.  He’d have tape on his glasses.  His pants would be hiked up too high. And, his hair would be a bit too greasy.  Got that picture in your head?

Notice I didn’t say anything about how funny this image is.  A marketer could get so caught up in the implementation of the stereotype, they completely forget about the power of humor in the underlying archetype (The Jester).   The power of the campaign would be drawn from the humor, not from the accuracy of the stereotype.

I hope we’ve clarified these important terms for you.  If you have other points of branding that you’re not clear on, or if you just have a question or two. PLEASE, feel free to reach out to us. We’re here to help. 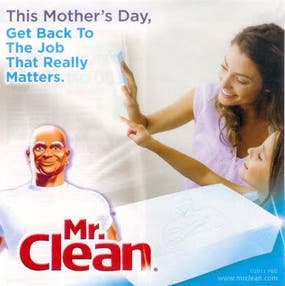